Why some businesses get dumped by web developers and online marketers

We’ve already talked about delusional mindsets behind small business website projects, delving a bit into what’s behind much of the dysfunction that can run rampant in some small businesses, along with how those symptoms manifest themselves.  In this post, I’ll be breaking down bits of the developer-client relationship and what can go seriously wrong, and ways to keep it healthy.  This one is a bit longer than the others, but bear with me, it’ll help you with your developer relationships so that you’re not the lucky one who never gets the phone calls returned or has their contract cancelled. This is actually a fascinating topic that skims the surface of some organizational cultures and behaviors that can ruin business prospects, and I’ll be taking perspectives from others and my own career into account with this topic.  Also, when I use the term “developer”, please note that I’m also more than likely talking about their counterpart, the online marketer.

The life of a web developer and online marketer can be both complicated and rewarding, but can turn nightmarish with the wrong clients.  While many businesses enjoy long-term relationships with their developers and social media managers, others create repetitive turnover rates that are embarrassing (i.e., no change in behaviors).  I’ve frequented private and public forums, discussion groups, Facebook forums, and the like to see what issues developers and marketers are facing, and most issues between contractors and clients point to a central focus:  a lack of value and unrealistic expectations.  The client lacks both the perceived value of the professional’s services, doesn’t set or understand realistic project goals, and shows no respect for the accumulated expertise a professional contractor can bring to the table.  In fact, some developers and online marketers are treated like uneducated drones, while others are manipulated and cheated out of their revenue by clients who are “never satisfied” with the finished work.  These are the manipulators and complainers that end up on numerous websites, posted by the contractor, where others can read about what took place (and stay clear of them).  Yes indeed, developers and marketers talk.  A lot.

Problems like this are prolific throughout online contract and freelance boards where many new and well-established developers and online marketers advertise services and bid on jobs.  Unfortunately for the developers, these platforms, many of which have been restructured at the hands of corporate mergers, are now “client-centric” versus developer or contractor-centric, so the developer and marketer are always wrong, no matter what.  If the client complains, out pops the funds that were just paid, and the client walks away with a free website or advertising campaign.  This has left a huge loophole available for unscrupulous clients to take advantage of those who worked for their money.  Yes, these cases can be fought, but the odds are stacked against the contractors in cases like this.  Welcome to the new “fast-food” contracting business model.

Outside of these contracting platforms, businesses and developers can connect in the traditional B2B fashion (e.g., email marketing, finding a developer’s website online, networking, and phone calls).  When combined with the other issues I’ve brought up in the past regarding delusional mindsets and whether or not the site is treated like a part of the business, the relationship with the developer can fade.  Quickly.  Those of us who are developers with formal business backgrounds are trained to look for warning signs during initial client communications and negotiations for services, while there are many who know just a narrow part of their field, which is how to code.  The one thing we all have in common as freelancers and contractors, especially those who have been burned by clients, is that we can evaluate a level of trust right away.  Therefore, there are numerous ways to upset developers before, during and after the relationship that can cause them to pull the termination clause in the contract, or not even engage at all.  Let’s take a look at a few important ones.

Things not to do before work even gets started:

Things not to do during construction:

Things not to do during the deployment and completion phase:

That was a lot!  Are you still with me?  Good.  As you can see, these are some very serious issues that come up quite frequently when managing the relationship between your web developer or online marketer, whether that’s an individual or an agency.  Developers need both good clients and good examples of work, and if you’re both passionate about what you do, there’s no reason the end results wouldn’t be anything short of excellent for your business. 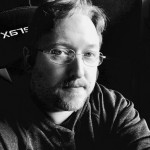 Owner of IronGlove Studio, a small, private business consulting and web development company in Oregon. He holds a BA in Business and Communications and an MS in Organizational Psychology. Derek enjoys bringing business principles to web clients and shares an office with his cat, Pixel.

Web practices for business owners, education, and why I do this
This post should have been the very first one to introduce the materials that would be published here, but that’s
Read more.

Why some businesses get dumped by web developers and online marketers
We’ve already talked about delusional mindsets behind small business website projects, delving a bit into what’s behind much of the
Read more.

Why WordPress and visual builders are pushed on small business
There are many legitimate reasons for WordPress to be used for small business websites, but as a developmental substitute for
Read more.